Don’t let the cold weather and remaining piles of snow on the ground fool you, today is the first day of Spring! Spring is welcomed in different ways across the globe. For many in the United States, the Spring season is marked by St. Patty’s celebrations in late March and Easter festivities in April. Other cultures have their own unique ways of celebrating Springtime, here are a few festivals that occur around the world this season!

Beginning in mid-April, Thailand’s three-day Songkran Festival is one of the most popular celebrations in the country. The Songkran Festival corresponds with the Tai New Year, so Thai’s use this time to clean, reflect, pay respects to neighbors…and engage in a full on, intense, water war with each other in the streets. During the festival, children, as well as adults, ride around on the backs of trucks and motorcycles targeting passersby with water balloons and squirt guns. Songkran occurs during the hot season in Thailand so the festival is a great way to cool off. 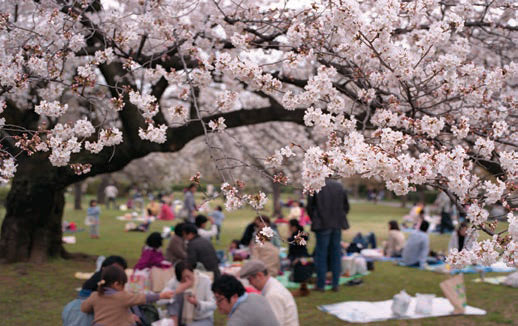 Cherry Blossoms are a symbol of Spring in Japan. Every spring Japanese gather for picnics under the cherry blossom trees as one of the country’s oldest traditions. The cherry blossoms arrive suddenly and only for a limited amount of time. Cherry blossom season reaches different parts of the country at different times so predicting their arrival has become part of Japanese pop culture (there is even an app to help) When the trees are fully in bloom with little cherry blossoms the Japanese head outside for picnics and parties. These gatherings are full of Japanese food, drink, and mingling with other picnickers under the trees. 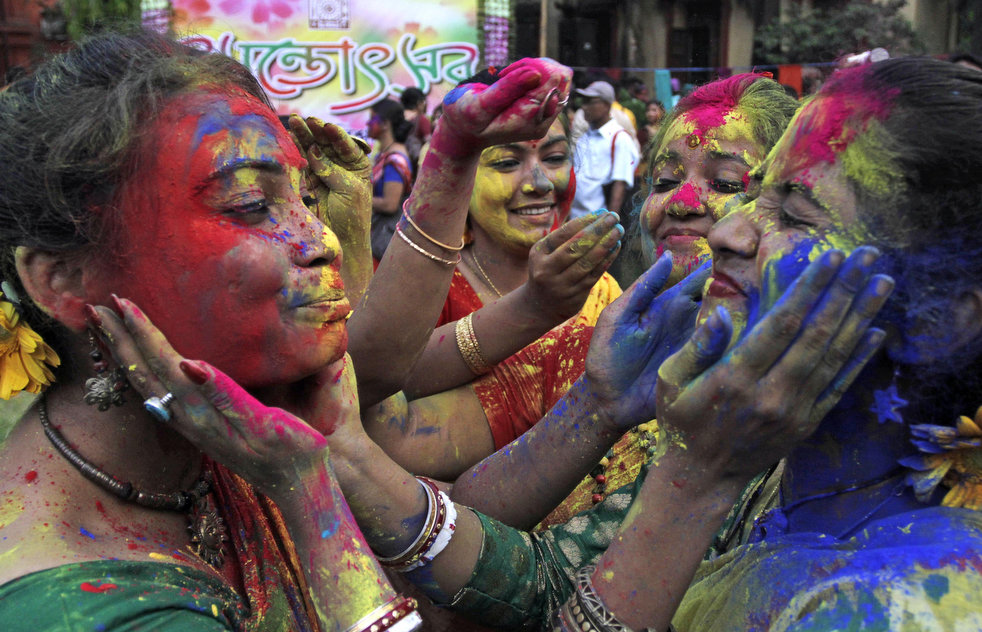 The Hindu festival of Holi celebrates the end of Winter and the start of Spring. You may recognize Holi from photos of participants covered in chalk surrounded by clouds of colors. The night before the festival, people light bonfires to celebrate the triumph of good over evil. Ash from these bonfires is considered sacred and many people will wipe some on their forehead for extra protection against evil spirits. On the day of Holi, businesses shut down and everyone is gathered in the streets. Indians throw colored water and powder on each other until they are covered head to toe in color. After there are feasts of Indian foods and desserts.

On March 1st, the Baba Marta festival in Bulgaria commemorates the arrival of Spring. On this day, people give each other woven red and white figures which they are to wear until they see the first bus or birds of spring. After, participants tie their figures to trees in recognition of the new spring season. The holiday celebrates “Baba Marta” (Granny March) a character in Bulgarian folk tales whose arrival brings about the end of winter. Legends say that the final snow of the season is Baba Marta shaking out her feather bed during Spring cleaning.