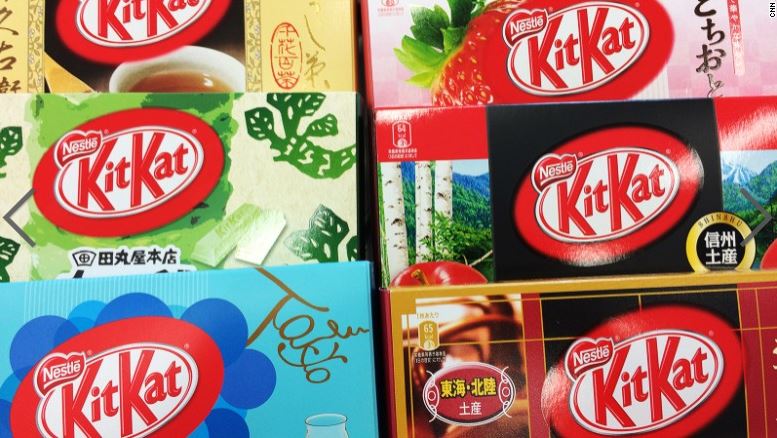 I’m assuming you’re familiar with the KitKat — the milk chocolate and wafer bar you can find in just about every supermarket, gas station, and convenience store in the country. KitKat is definitely a popular chocolate in the U.S. but did you know that it is HUGE is Japan?? I had no idea until I read this article from CNN. The article is about the KitKat craze and why this chocolate is so popular in the country (it’s a really interesting article so you should read it) We were so intrigued that we asked our Japanese culture consultant to give us some insight into this aspect of Japanese life.

To understand the KitKat craze in Japan it is important to understand the involvement of lucky charms in the culture. Belief in good luck charms and trinkets is strong in Japanese society. Japanese often keep a lucky charm, such as a coin, on their person during exams or important events so that they may have good fortune. KitKats became so popular because they are given as good luck charms. Why? Sort of by an unintentional coincidence. The candy’s name sounds very similar to the Japanese phrase “kitto katsato”, meaning “to surely win”. Japanese students will receive KitKats from their parents or friends before exams as a way of saying good luck. Just how popular are KitKats?? In Japan they are sold in over 300 flavors – though not the kinds of flavors you would find in the U.S. Some notable KitKats include pumpkin pudding, green tea, shinshu apple, adzuki bean sandwhich. matcha, wasabi, purple sweet potatoes, cherry blossom, and sake (and to think I thought the white chocolate kind was adventurous). The reason for so many flavors is because of the large amount of competition within the Japanese candy business. Over 2,000 new confectionery products are released in the country each year, so KitKat must create new flavors to keep up. Colors also play a role in the creation of new flavors, as Japanese tend to prefer bright hues to ordinary ones. The different colored KitKats are more attractive to Japanese consumers than standard chocolates. KitKat in Japan goes beyond your standard chocolate bar, with products like KitKat pizza and “baking bars” designed to be cooked before eating. Since 2012m KitKat has begun to overtake major candy companies like Meji. 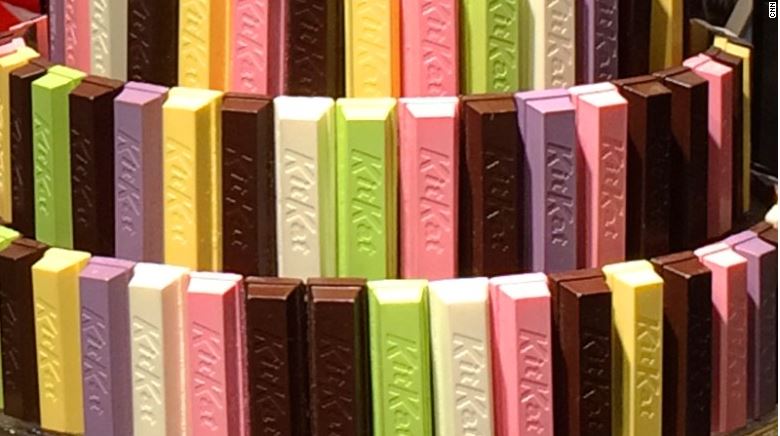 KitKats are produced and displayed in Japan the way you might imagine gourmet chocolate is made here. In Japan, KitKats are sold in large stores, the way Lindt or Godiva chocolate is sold in the United States. However, despite their “gourmet” preparation, KitKats are still not viewed to be as fancy or classy like gourmet chocolate brands in America would be. For example, while it may be culturally appropriate in the U.S. to give a box of Godiva chocolates as say a housewarming gift or as an end of the year thank you to a professor, it would not be appropriate in Japan to give a KitKat as a gift in these same situations. So give a KitKat to your Japanese students before their test, but don’t expect any from their parents if they come to visit. 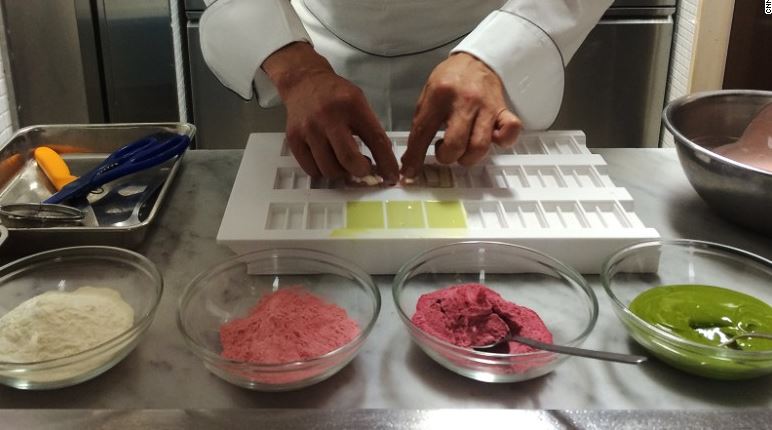 Did this post give you a KitKat craving?? Lucy for you, you don’t have to go all the way to Japan for Matcha flavored KitKats. You can find them at most H Marts or Asian grocery stores.