I’ve come across an extremely interesting piece in the Boston Globe, more specifically, the Sunday edition: ” Beaches with an irresistible French Accent.” As we prepare to welcome a group of Guadeloupian residents into our program, Christopher Muther, a writer for the Globe, has written a piece about their little-known Guadeloupe.

A small island of 400,000, Guadeloupe is known for its pristine, white sandy beaches. I know, you’re definitely picturing that beach in your head right now. But, is it filled with people? Are you irritated that someone else would have the audacity to take up your peaceful getaway? Well, luckily for you, as much as Guadeloupe is known for its beaches, not many people visit. Many of its beautiful beaches are virtually empty, mostly inhabited by local wildlife such as goats and the occasional chicken. 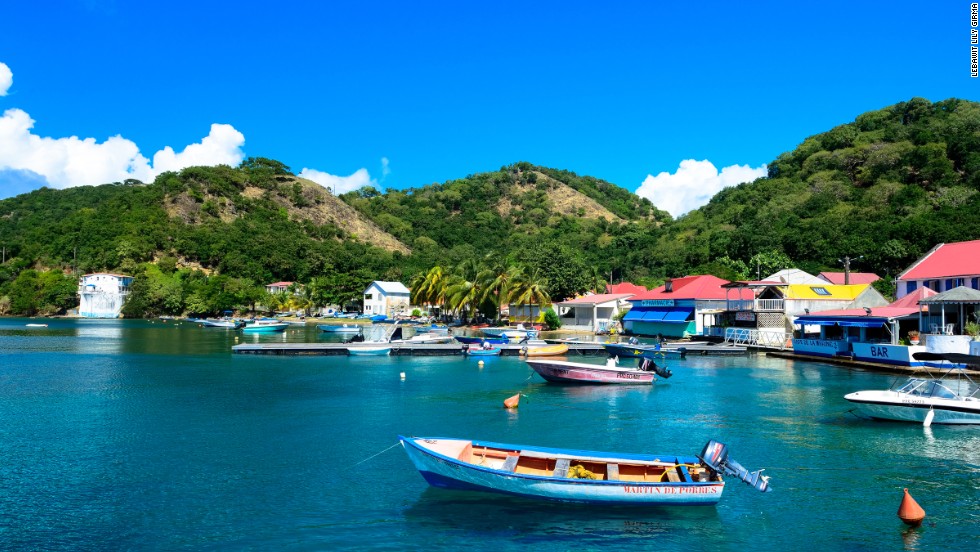 Muther spent a week in Guadeloupe traveling from east to west, spending little to no time in the capital city of Point-à-Pitre. He further discusses that until now, the only airline company offering direct flights from Boston to Guadeloupe, has been Norwegian Air. For as little as $49, one-way, you have the opportunity to lay in the Caribbean sands for less than the cost for a trip to New York.

Now, before you rush to the Norwegian Air website, let’s catch up on some Guadeloupian facts. For one, before you jet off, you should catch up on your high school French. It is a French Territory, English is simply not spoken there. As Muther phrases it, English is the “abnorm.” If you by chance speak Creole, that’s also one of the island’s main languages.

I’d say besides being stunningly breathtaking, the nice thing about Guadeloupe is its seemingly untouched feel. Devoid of large corporations and the American all-inclusive resorts, it inhabits the “what used to be’s”, the small local shops and bed & breakfasts. While you’re in Guadeloupe, make sure to really indulge. As much as its developed a Caribbean flavor, it is part of France – a.k.a., there are some top notch seafood restaurants and bakeries.

If this article for some reason convinces you to go to Guadeloupe, you’re lucky I’ve gathered some “must-dos” while you’re in Guadeloupe.

Coming from the US, most of us just expect that drinking out of tap is perfectly fine. Well, I wouldn’t take that mindset with me to the islands. Surprisingly enough, Guadeloupe has some of the best-tasting mountain water in all the Caribbean Isles, but most people don’t drink it. Between the rusty city pipes, and the occasional taste of chlorine, the water isn’t drunk often. If and when you go out to eat, restaurants will charge you for the bottled water, so be mindful.

While in Guadeloupe I know you’ll want to steer clear of all the tourist attractions, but here are some I thought were worth taking a look at.

I know you might be coming from Boston, where the New England Aquarium is one of our most prized possessions, but this aquarium is seriously a great place to go. Besides their tropical assortment of fish and marine life, the Aquarium de Guadeloupe offers the unexpected half-day “eco tour.” Alongside you and your guests, you’ll have a biologist guide and diving instructor, ready to jump in the water whenever you are. You’ll travel through the islands mangroves, reefs, and lagoon, from 8:30am – 1pm. Are you ready to take the plunge?

If waking up at 8am while you’re on vacation doesn’t seem like your cup of joe, maybe you just need some of it to wake you up; Guadeloupe happens to have some of the best coffee around. Joel Nelson, the groundskeeper of his Domaine de Vanibel, is more than happy to take you on a tour of his vanilla and coffee bean farm. Before you put on a summer dress to Instagram a photo of yourself at a Guadeloupian farm coffee farm, don’t. Mr. Nelson will take you around the grounds, but he’ll also have you picking vanilla and coffee beans, so dress comfortably. Before you leave though, make sure to buy some of his coffee. You’ll be filling your re-usable K-cups with the stuff for months to come.

You might be sick of my touristy suggestions, so take a break at one of the whitest, sandiest beaches you’ll ever lay your eyes on. Between the chapel ruins, the coco palm shades, and the little terrace restaurants at the far end of the beach, you may never want to leave. If you do decide to permanently reside on the beautiful Plage de la Chapelle à Anse-Bertrand, make sure to bring your own towel – there won’t be anyone renting lounge chairs. 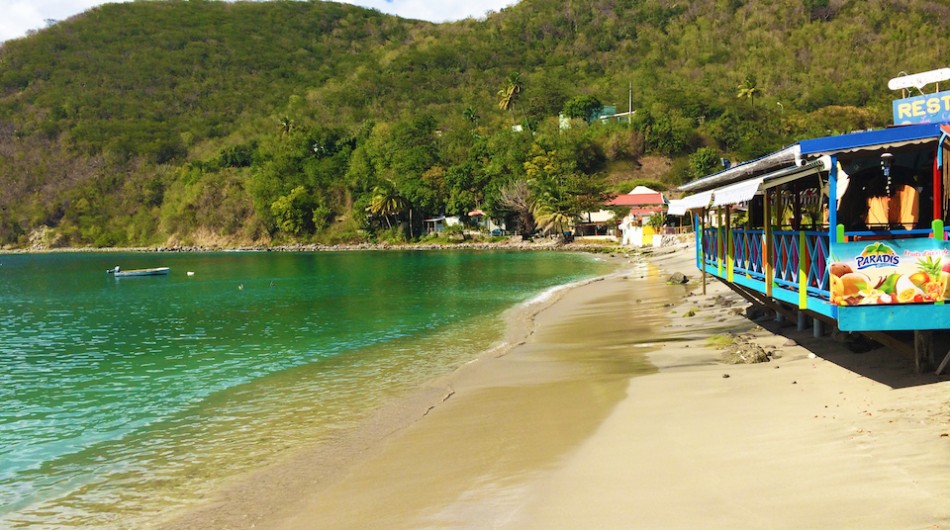 A little more untouched than Grande-Terre, you’ll do a lot more exploring here. Basse-Terre is mostly known for its wide open spaces, so stop by if you’re willing to hike, climb, and swim.

If you didn’t get enough of your scuba necessities during your aquarium visit, well here’s another opportunity. Located inside the Jacques Cousteau Underwater Park, Ilet de Pigeon holds the island’s best scuba and snorkeling site. If swimming among the reefs is your thing, I would make this part of your itinerary.

What translates directly to Crayfish Falls, Cascade aux Ecrevisses is part of the Parc Nationale de la Guadeloupe. Known as one of the island’s most popular spots, people usually come here for the trails leading up to the breathtaking waterfall. If and when you decide to make that trek, be careful! The rocks can get pretty slippery. If you don’t want any run-ins with other tourists, come early.

After all that climbing, walking, scuba diving, I think you’ll need a drink. At the island’s historic rum distillery, you’ll be sure to be amazed. About 5 times per day, a “Petit Train” crosses the entire plantation, moving past its crayfish ponds, the sugarcane fields, the working waterwheel, and the former mansion of the Marsolle family (no big deal, just the family that’s owned the distillery since 1928). The mansion is now the distillery’s museum, with a tasting room and a gift shop selling everything rum. If you need to fill your stomach before you gobble down some rum, make a stop at their open-air dining room – you’ll get a taste of the jumbo crayfish you just drove past.

Now, you may have just decided to read this piece for entertainment purposes, or you may be preparing to receive your Guadeloupian homestay guest. In the latter case, make sure to read our Guadeloupian Host Tips!