Skip to content
Its Mardi Gras season! Also known as Carnival, or Carnaval, the season is a part-religious, part-cultural holiday celebrated differently throughout the world, but usually includes parades, masks and costumes. In the U.S, Mardi Gras, which is French for “Fat Tuesday” was celebrated yesterday, while today is known as “Ash Wednesday.” “Fat Tuesday” refers to the tradition of eating rich, fatty meats before the Christian season of Lent, which officially starts on Ash Wednesday. The name “Carnaval” also derives from the Christian tradition of giving up meat for Lent – “Carne Vale” means “goodbye to meat” in Latin.

The celebration of Mardi Gras in Germany is called Karneval, Fastnacht, or Fasching, depending on the region. Fastnacht means “Eve of the Fast”, but all three terms cover the whole carnival season with famous parades held in Cologne, Mainz, and Düsseldorf on the Monday before Ash Wednesday, called Rosenmontag (Rose Monday). In the regions where Fastnacht is celebrated, the Tuesday before Ash Wednesday is called “Schmotziger Dunnschtig” (Schmotziger Dienstag) which is a straight translation from Mardi Gras (Greasy, fatty Tuesday). 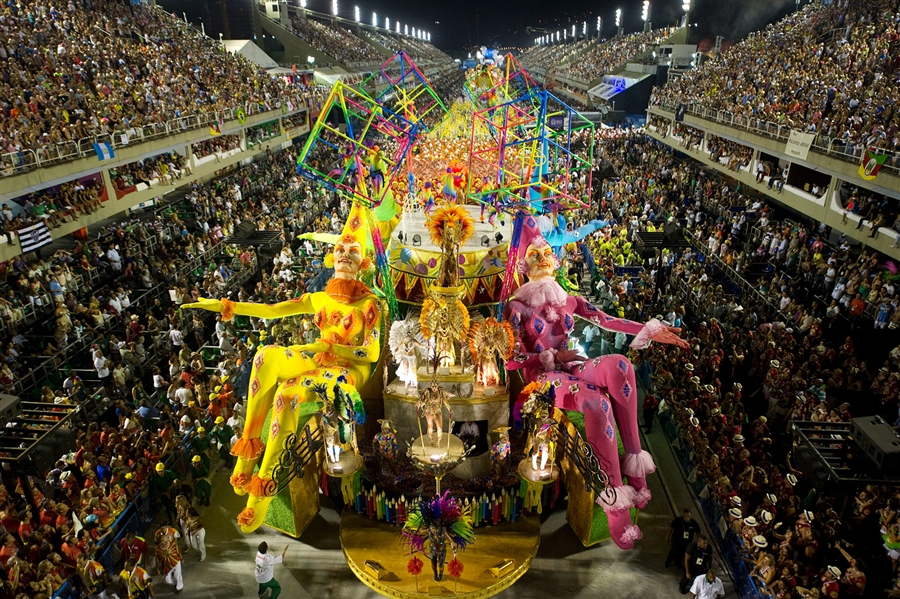 Carnaval in a sambadrome in Rio de Janeiro

Carnaval is the most famous Brazilian holiday. During this time period Brazil attracts 70% of its tourists. Variations in Carnaval celebrations are observed in Brazilian cities but all include the famous dance samba into the celebrations. The southeastern cities of Brazil have massive parades that take place in large sambadromes. The largest Carnaval celebration in the world occurs in Rio de Janeiro, where two million people are found celebrating in the city. The city of Salvador also holds a large Carnaval celebration.

In Italy Mardi Gras is called Martedí Grasso (Fat Tuesday). It’s the main day of Carnival along with the Thursday before, called Giovedí Grasso (Fat Thursday), which officially starts the celebrations. The most famous Carnivals in Italy are in Venice and in Viareggio. Italy is the birthplace of Carnival celebrations, citing its origins in the ancient Roman festival of Saturnalia. The Italian version of the festival is spelled Carnevale.

In Sweden the celebration is called Fettisdagen. It comes from the word “fett” (fat) and “tisdag” (Tuesday). Originally, this was the only day one should eat semlor, a traditional Scandinavian sweet roll. These are now sold in most grocery stores and bakeries preceding the holiday, and up until Easter. 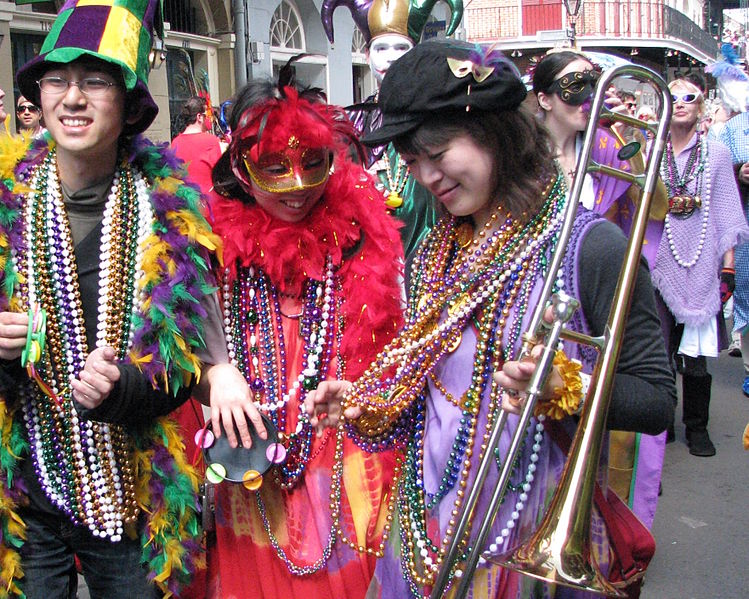 Mardi Gras in the French Quarter of New Orleans

In America the holiday is not celebrated nationally, but is extremely popular in the ethnic French regions, especially in the southern states that were once a French territory.  New Orleans is know as the Mardi Gras capital of the U.S and the whole week is celebrated with parades.