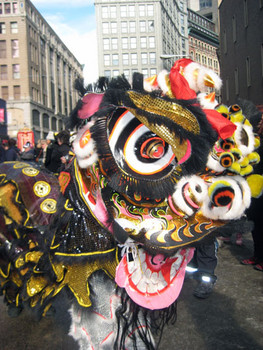 Boston has the third largest Chinese community in the U.S, so New Year’s is a time of great celebration! The Chinatown neighborhood is located within the boundaries of Downtown Crossing, the South End and runs adjacent to the Theatre and Leather Districts. It is easy accessible by the Orange Line Chinatown stop. There is no shortage of restaurants available for traditional New Year’s dishes such as dumplings, noodles, and smoked meat.  Nearly every corner has a restaurant where you can enjoy a meal. For a New Year’s favorite, the annual Lion Dance Parade is particularly popular.

NOTE: this year’s parade will be held on February 17th, not the 10th!
source: wikipedia