In the United States having an animal companion that shares a home, food, and sometimes even the bed with its owner while serving no utilitarian use (such as to catch mice or hunt) other than to serve as a companion is not only the not only the norm, but actually more common than not. In fact, according to the American Pet Products Association, a trade group, 62% of American households own a pet. In the 1800’s cats and dogs were kept on a properties of American and European bourgeois to serve as resources by killing mice or assisting with the hunt and were considered symbols of status. As the necessity for such services provided by these animals waned the numbers of these animals did not. And as technology and human communicational abilities continue to improve there is no reason to think they will be necessary in the future. So why do so many American households still have pets and why does the trend towards pet ownership continue to rise in the United States and internationally? NYU’s Colin Jerolmack speculates that it may be due to people’s decreasing connection to each other. In an era of online social networks, long work hours and distances between families, we have far fewer strong social ties and many more weak ties, he says. “We’re spending a lot more time alone or with our immediate family. The companionship of pets has become much more valuable today.” Pets have also become an easy to care for and unconditionally loving replacement for children. Many single people and couples without children replace this need for nurturing by owning a pet. In popular culture pets are idolized by figures such as Paris Hilton are photographed carrying satchels full of miniature dogs people begin to see the benefits of owning a pet as both a companion and status symbol which is then picked up on by the media and pet culture is yet exacerbated. In the United States there are now a huge number of products available to pets an pet owners from pet braces to car seats to jewelry and leather jackets. And with growing awareness about adoption and the positive health benefits of owning pets–including reducing stress and depression– there is a good chance more people will continue to treat them like extensions of their human selves. This trend is not only visible in the U.S., but is gaining popularity throughout the world. Japan has seen marked increases in pet ownership in recent years. France has almost as high of a percentage of pet households as those without pets. China has seen a huge boom in its pet trade show force in the past 3 years alone. 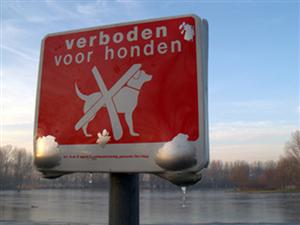 Despite this, the propensity for pet ownership still remains a largely American and Western cultural phenomenon. In many countries it would be uncommon and unwelcome to see a large dog on a walk with its owner. In areas where pets and dogs especially are uncommon such a large carnivorous animal sharing a house, much less a bed with a person is unheard of. This aversion to domesticated animal companions is largely religious and historical. The President of South Africa is quoted saying that ownership of dogs is “white culture” and that the South African people should not emulate this western cultural norm but rather uphold South Africa traditional culture. Although this may seem like a political statement, it emulates the feelings of many non-westernized culture based on the sentiment that pet ownership is s wasteful and needless use of resources. In many Muslim countries dog ownership in particular is taboo. There are various explanations for the reasons behind this depending on the various forms of Islam, but in general the ownership of a dog is considered against the religion and “unclean.” For this reason people from Muslim countries have a tendency to avoid and sometimes even fear dogs. In these regions this pet culture will be very unlikely to gain popularity. 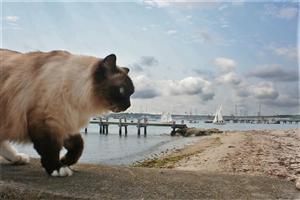 Here in Massachusetts, pet trends are also on the steady increase. Though unlike as seen in popular culture and the media, dogs are not the chosen pet of most of the New England states. Other common household pets in America include cats, rabbits, and various rodents and reptiles. In Massachusetts especially, cats are the most common type of animal companion to be found in a home. This may be due to their small size and ease of care it takes to own a cat compared to dogs. Despite this, the state maintains the national trend of the majority of households taking ownership of some form of pet, just don’t be surprised to find a feline rather than a canine if you are interested in a pet-friendly homestay. 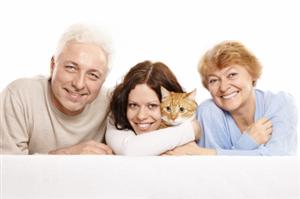 Because of the number of cultures and religions from which students participating in homestay come the question of pets in the household is a very important one. Students participating in Global Immersions Homestays not only must mark any allergies to animals, but also the desire for a home with pets or the need for one without pets. Conversely host families are required to mark on their application the variety and number of pets in their household and are required to update their application if changes regarding pets in the household are made to help ensure the comfort and compatibility of the student to their homestay. If you have any questions regarding pets in homestay please email us!