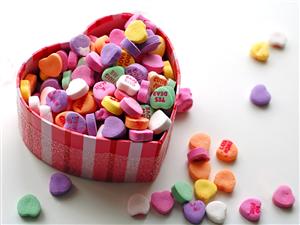 Guatemala
Known as El Día del Cariño, Valentine’s Day in Guatemala is a colorful, affectionate affair. Throughout Latin America, the day is as much about friendship and family as it is about love;   commonly referred to as the day of amor y amistad — love and friendship — Guatemalans exchange flowers, chocolates and cards like in the U.S., but with pals as well as with admirers. And in Guatemala City, the holiday isn’t just for youth.  In the country’s capital, it’s common for locals and tourists to dress up in feathered masks or vivid Mayan attire and partake in Old Love, a senior citizens’ parade.
China
China not only has its own New Year, but also celebrates its own Valentine’s Day. Generated from an age-old love story involving a queen’s daughter and a cowboy, the Qixi Festival, Chinese Valentine’s Day, falls on the seventh day of the seventh lunar month, usually in early August. On the Chinese Valentine’s Day, men who want to impress their partners typically book luxury dinners and shower them with roses, while Chinese girls will offer fruit to deities in hopes for a good match.
Wales
In Wales, the equivalent of St. Valentine is Saint Dwynwen, the patron saint of lovers. It is said that the beautiful saint fell in love with handsome young man, and later begged God to bring him back to life in exchange for a life of service. Now a place of pilgrimage, visitors make the trek to a well where apparently sacred eels can forecast the outcome of relationships. Celebrated January 25, the holiday often involves love spoons as an old tradition of courting and marriage.  A Welsh man would carve a love spoon for his beloved one, and decorate the whittled wood with different symbols: Keys would signify a man’s heart, wheels his hard work and beads, his preferred number of offspring.
Japan
In Japan, Valentine’s Day works a little differently; there are not one but two days of romance. On February 14, women typically give chocolate to their boyfriends, male friends and superiors. A month later, men return the favor; on March 14, known as White Day, men give their girlfriends or wives clothes, jewelry and of course, more chocolate.
Will you be celebrating Valentine’s Day this year? Let us know how!
Source:
Time Magazine